What’s up in Turkish and Ottoman Studies: new books in 2018

Before fully going into 2019 I would like to suggest a quick view on what has been published in the field of Turkish and Ottoman Studies during 2018. My previous attempt was quite successfull, and after completing my Ph.D. I decided to restart collecting new published books in a single place in order to have a comprehensive understanding of what is going on in the field. This may somehow play the role of the well forgotten Türkologische Anzeiger (Turkology Annual) Online list. I hope, this could be of support for any scholar of Turkey who wants to get a systematic overview of recent publications. If you have any additions (I’m pretty sure, that there must be many), please, write them in the comments.
So here is the list of English language books published during 2018 in the field of Turkish and Ottoman Studies. 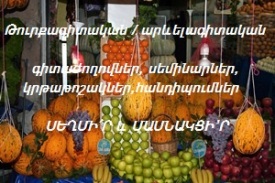